4 Ways To Use Bulk SMS For Health Services In 2020 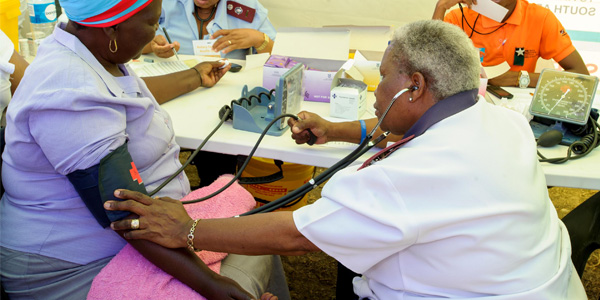 Bulk SMS for Health Services by global health institute are great to impact workers and patients through effective communication.

Meanwhile, with the advancement in science and technology today, there are several means which you can communicate with a large number of people.

The traditional and smartest way of communication is through Bulk SMS for your health services.

It is very efficient is passing information across quickly. Statistic has revealed that SMS has a higher response rate compared to e-mail.

According to GSMA real-time intelligence data, there are now over 8.98 Billion mobile connections worldwide, which surpasses the current world population of 7.69 Billion implied by UN digital analyst estimates.

All these people make use of SMS on a daily basis.

It will be of great use if Health Institutions can make good use of SMS as a mean of communication.

Some statistical fact about health cases in Nigeria

These nutritional indicators particularly worsened in the northern parts of the country – where an insurgency by Islamist terror group Boko Haram left thousands dead and displaced millions since 2009.

HIV prevalence in Nigeria was estimated at 2.9% in 2016, with about 3.2 million Nigerians living with the virus – the second highest in the world after South Africa’s 7.06 million people.

However, between 2007 and 2016/17, the number of women who knew how to avoid HIV infection increased from 23.1% to 29.3%. The share of women and men using a condom during sex with multiple partners has remained around 34% over the years.

Major ways to use bulk SMS for health services in hospitals and community:

In addition, hospitals should start making their patients feel their health and wellness is of top priority by integrating Bulk SMS for Health Services into their management system.

You can also integrate our Bulk SMS API into your website.

The following are ways to use bulk SMS for health services.

Research were conducted at an Indian Hospital, the research revealed that text messages improved attendance more than 2 times at a hospital in India.

Conclusively, we may say that SMS reminder is helpful in improving patient’s attendance.

In other words, you want to ensure you also include ways of preventing the disease from spreading.

Doctors can also take advantage of Bulk SMS for Health Services to invite people for a conference, meeting or seminars are organized, they get alerts message about it so that they can reach them in time.

Leveraging bulk SMS can benefit different sector of society. But Healthcare is one of the most important sectors that should not be neglected.

Use Bulk SMS Provider Nigeria for a reliable bulk SMS service. We cater to the various industry including health care.

We have input every development in technology that gives advantage to making life easier for people.